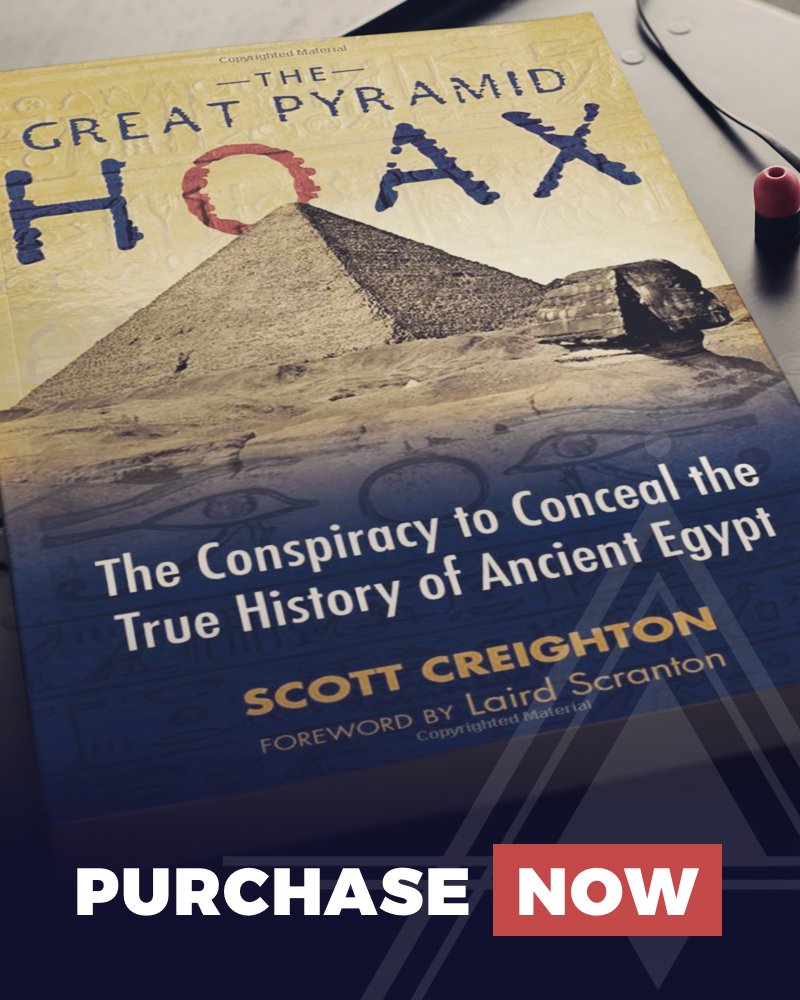 His latest book, The Great Pyramid Hoax is a tour de force that explores ancient Egypt and its erroneous history. The show explores evidence that suggests the discoveries made within the Great Pyramid by Colonel Howard Vyse in 1837 were fraudulent. Scott also shares his theories surrounding the purpose of the great pyramids, a possible connection to Atlantis, and his upcoming sequel to The Great Pyramid Hoax.

About The Great Pyramid Hoax via Inner Traditions: Despite millennia of fame, the origins of the Great Pyramid of Giza are shrouded in mystery. Believed to be the tomb of an Egyptian king, even though no remains have ever been found, its construction date of roughly 2550 BCE is tied to only one piece of evidence: the crudely painted marks within the pyramid’s hidden chambers that refer to the 4th Dynasty king Khufu, discovered in 1837 by Colonel Howard Vyse and his team.

Using evidence from the time of the discovery of these “quarry marks”–including surveys, facsimile drawings and Vyse’s private field notes–along with high definition photos of the actual marks, Scott Creighton reveals how and why the marks were faked. He investigates the anomalous and contradictory orthography of the quarry marks through more than 75 photos and illustrations, showing how they radically depart from the established canon of quarry marks from this period. He explains how the orientation of the Khufu cartouche contradicts ancient Egyptian writing convention and how one of the signs is from a later period. Analyzing Vyse’s private diary, he reveals Vyse’s forgery instructions to his two assistants, Raven and Hill, and what the anachronistic sign should have been. He examines recent chemical analysis of the marks along with the eye-witness testimony of Humphries Brewer, who worked with Vyse at Giza in 1837 and saw forgery take place. Exploring Vyse’s background, including his electoral fraud to become a member of the British Parliament, he explains why he was driven to perpetrate a fraud inside the Great Pyramid.

Proving Zecharia Sitchin’s claim that the quarry marks are forgeries and removing the only physical evidence that dates the Great Pyramid’s construction to the reign of Khufu, Creighton’s study strikes down one of the most fundamental assertions of orthodox Egyptologists and reopens long-standing questions about the Great Pyramid’s true age, who really built it, and why.

“Egyptologists consider the ochre-painted Khufu cartouche in the Great Pyramid as the ultimate proof that this pyramid belongs to the Fourth Dynasty pharaoh Khufu. But much controversy surrounds its authenticity. If the Khufu cartouche is indeed a hoax, then the implications are tremendous. Scott Creighton has undertaken a very bold and meticulous investigation into this mystery. The Great Pyramid Hoax is a must-read book for all seekers of truth.” – Robert Bauval, author of The Soul of Ancient Egypt 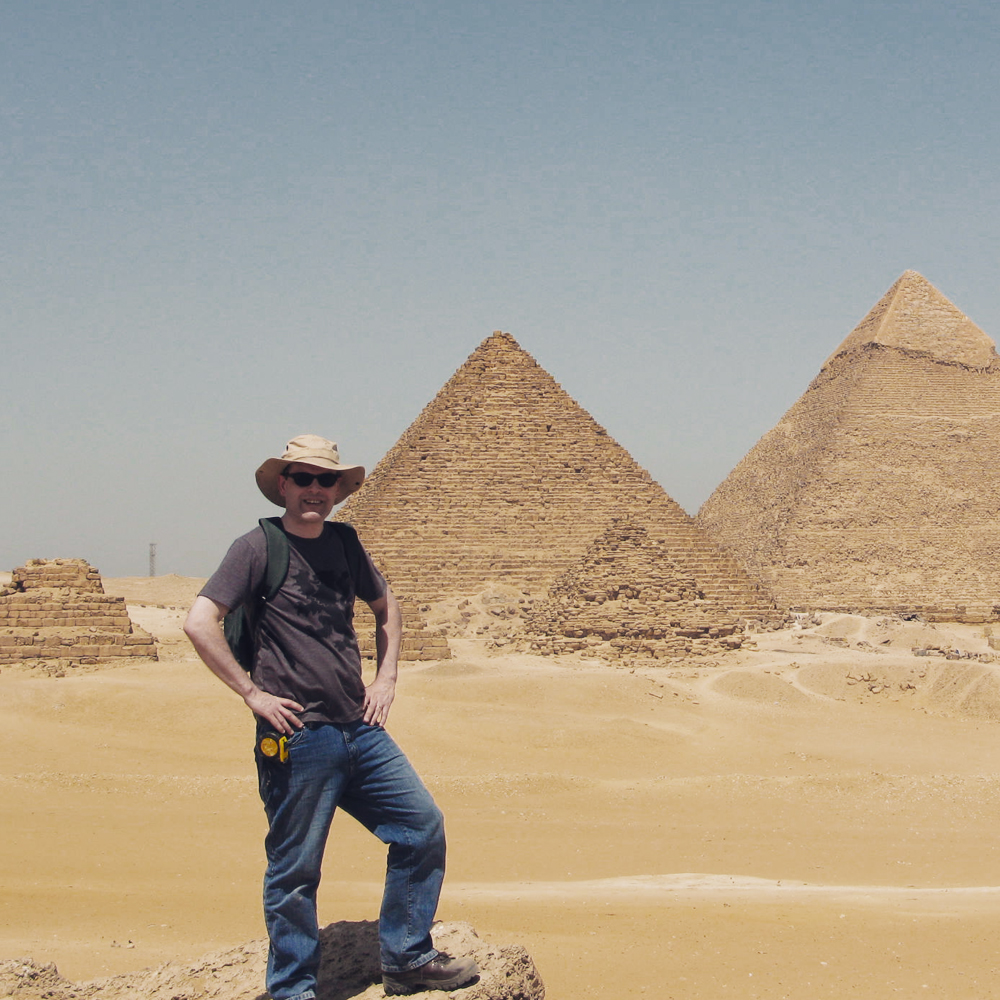 Scott Creighton is an engineer whose extensive travels have allowed him to explore many of the world’s ancient sacred sites. The host of the Alternative Egyptology forum on AboveTopSecret.com, he is the author of The Secret Chamber of Osiris and coauthor of The Giza Prophecy. He lives in Glasgow, Scotland.