The Mound Builders & the Egyptian Origin of America’s Pyramids

Unbeknownst to many, North America is home to various ancient architectural wonders rivaling those found elsewhere in the world whether these be the pyramids of Egypt or the Great Wall of China. The gigantic mounds scattered throughout the mid/mid-Western United States, though often overlooked by laypersons and scholars alike, have nonetheless fascinated Americans since the founding of the nation. As historian Fawn Brodie notes, early 19th century newspapers-somewhat reflecting the racism of their day-argued that the mounds pointed to a civilization that “‘had made much greater advances in the arts of civilized life’ than any Indians” and that their construction in the distant past “clearly prove them to be the work of some other people.” James Vieira, in his work on ancient American giants, observes that this interest in the mounds and their builders extended even into American politics as seen in Abraham Lincoln’s reference to “that extinct species of giant, whose bones fill the mounds of America.”

Notwithstanding this interest, the identity of the mound builders has been consistently shrouded in mystery throughout the centuries. In the 19th century, writers on the subject suggested that they were giants. In the 20th century, scholars and researchers were somewhat more specific and, as the late Dr. Mark Lynott did in his excellent work, connected the mound builders with the Hopewell and Adena cultures of ancient America. Nevertheless, few serious students of the subject have attempted to determine the origin of these Hopewell and/or Adena giants. If, as even mainstream scholars suggest, these cultures were not indigenous to the continent and preceded (while at the same time interacting and being influenced by) Native American cultures then where did they come from? Is there a specific place of origin that can be located beyond the American continent? 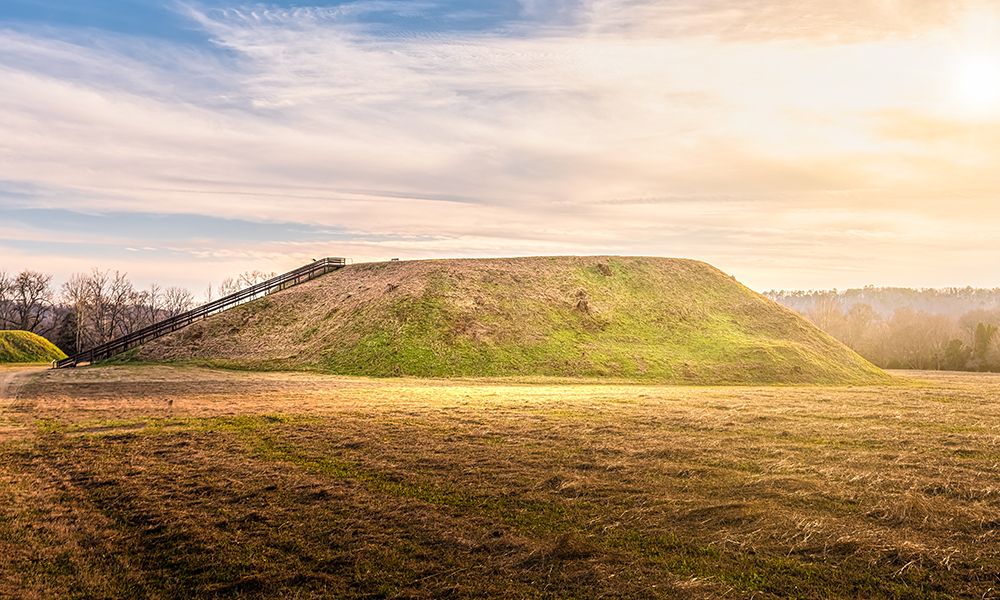 It is my intention to argue in this article that we know much more about the mound builders and their origins than mainstream writers and scholarship have traditionally assumed. I propose that when the mounds are compared to other examples of grand architecture in the ancient world, combined with cultural parallels between the mound building giants and Near Eastern civilizations, ancient Egypt emerges as the most likely locale from whence they came. My work here will dialog significantly with that of other ancient American scholars, most notably the “godfather” of ancient American studies Frank Joseph while at the same time providing an alternate understanding of the relation between the mound builders and Egypt than that proposed by Joseph himself.

The Mounds of Ancient America

Before examining the origin of the mound builders, it is necessary to first discuss in brief the mounds themselves and the work that has been done on them. When scholars mention the North American mounds they are referring to earthen constructions/earthworks ranging from merely 3 feet to a whopping 100 feet in height and covering at times thousands of feet in width and diameter. The mounds appear to have been used primarily-though not exclusively-for religious and ceremonial purposes including ritualistic burial and were usually erected in the center of the various urban communities that existed in pre-Columbian America. Their dates range from the mid-4th millennium BCE to 1500 CE.

The mounds are found throughout the United States especially within the Great Lakes region. States where mounds feature prominently include Michigan, Ohio, Illinois, West Virginia and Mississippi. While scholars estimate that at one time, particularly in the pre-Columbian era, hundreds of thousands of mounds existed throughout the North American continent as of 2019 only a few hundred remain largely due to both deliberate and unintentional destruction. Some of the more prominent mounds still in existence include Monks Mound in Illinois, the Grave Creek Mound in West Virginia and the Great Serpent Mound in Ohio which itself spans nearly 1350-feet in length.

Academic research and study of the mounds dates back as far as the mid 19th century beginning with Ephraim Squier’s groundbreaking work Ancient Monuments of the Mississippi Valley published in 1848. While speculated by scholars and writers before him, Squier was the first researcher to openly argue for a distinct civilization in America that preceded that of the Indian tribes and was responsible for the building of the mounds. At the same time, he did not explicitly identify this civilization or where it originated from. 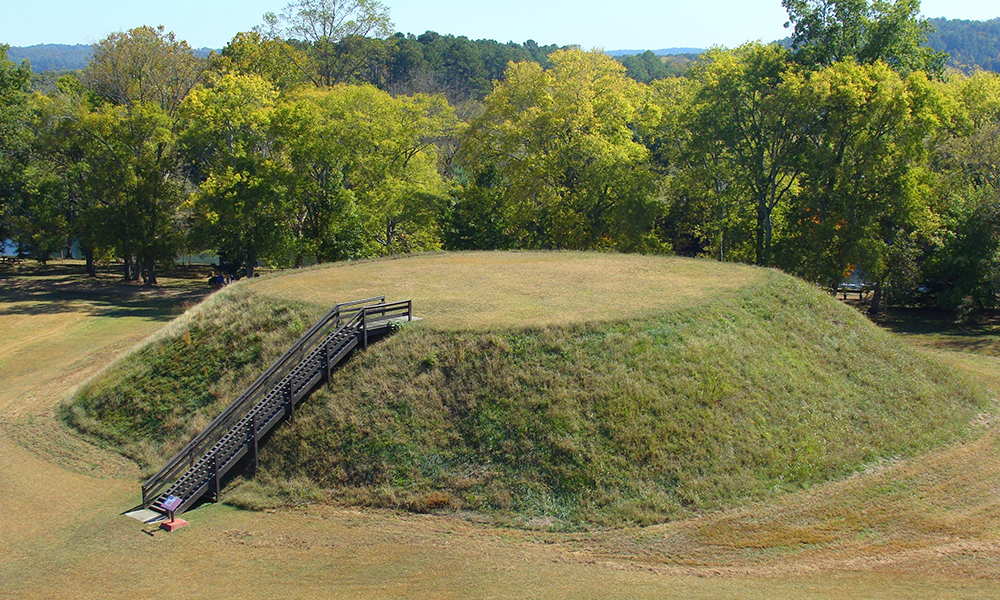 It would not be until the 20th century that a more specific identification of the mound builders would be provided outside of Squier’s generic view of them as “non-indigenous.” Over several decades, American anthropologists and archaeologists linked the mound builders with two pre-Columbian peoples: the Hopewell and the Adena. Studies of the mounds in relation to larger Hopewell/Adena culture include George Milner’s The Moundbuilders: Ancient Peoples of Eastern North America and the late Mark Lynott’s Hopewell Ceremonial Landscapes of Ohio.

Of particular importance for scholars dealing with ancient America were the various excavations done at the Hopewell/Adena mounds which revealed numerous skeletal remains of gigantic persons ranging from 7 to 9 feet in height. These findings have been written about extensively by researchers such as Richard Dewhurst and Fritz Zimmerman both of whom have surmised the existence of a pre-Columbian race of giants. Given the evidence for ancient giant civilizations elsewhere in the world this raises the question of whether these North American giants were indigenous to the continent or came from elsewhere. If the latter is the case, were they connected to a specific Old World culture or empire?

Parallels with the Egyptian Pyramids: Implications for Identification

Of the many things that traditional North American archaeology has overlooked about the ancient mounds, the parallels between the design of the mounds as well as their function and purpose in relation to the great monuments of Egypt has not been one of them. Many of the mounds, such as Monks Mound in Illinois, mirror the triangular shape of the ancient Egyptian pyramids. Furthermore, as with the Egyptian pyramids, the mounds appear to have served some type of religious purpose related to the afterlife in some way. Just as the Egyptian pyramids housed the bodies of the pharaohs as a way station between this life and the next so the American mounds entombed the bodies of the upper-class members of Hopewell/Adena culture who, like the pharaohs, had their prized possessions buried with them perhaps as a way of retaining these objects in the world beyond death.

In a recent discussion for Lost Origins podcast, researcher and scholar Frank Joseph correctly noted these types of parallels between the American mounds and the Egyptian pyramids. In particular, he highlighted that the dimensions of the mounds (length, width and height) corresponded exactly to those of the Giza pyramids. At the same time, Joseph dismissed the idea of direct cultural influence of the Old World on the New (in regards to the mounds specifically). Rather, he argued that the parallels originated from an Atlantean or pre-Atlantean source and that the human race had retained this knowledge and passed it on from generation to generation worldwide. In other words, if I understand Joseph’s argument correctly, one cannot identify the mound builders as an example of a Near Eastern culture (in this case, the Egyptians) that migrated across the Atlantic to the Americas.

While Joseph’s suggestion of an Atlantean influence is certainly plausible, I want to suggest here an alternative view that, in my opinion, takes into consideration the various features of the mound builder culture that do correspond and connect with the ancient Near East. While I will briefly touch on some of these features here I discuss them in significantly more detail in my upcoming book From Egypt to Ohio: A Semitic Origin for the Giants of Ancient America.

As various researchers on the Hopewell/Adena giants have noted, excavations of the mounds have uncovered significant examples of Semitic culture including inscriptions and artifacts. These have been documented extensively by writers such as Richard Dewhurst and Fritz Zimmerman. They include several items with Hebrew inscriptions on them such as the Newark Holy Stones, the Hebrew Bat Creek Stone, the Michigan relics and, most important for our consideration here, a tablet found in Muskinghum County Ohio written in Egyptian hieroglyphics but containing a quote from the Hebrew Bible as reported in the December 2017 issue of Ancient American magazine. In addition, certain artifacts related to the religious practices of the Hopewell, apart from written inscriptions, reflect Semitic influence.

The term “semitic”, while commonly and correctly associated with the Jewish race (descended from the biblical Hebrews), can be applied to various cultures and groups, extant and extinct, in the Near Eastern region. Hence, Phoenician, Moabite and ancient Egyptian culture can be labelled “semitic” as well. These groups all share/shared similarities in their cultural customs and even in their language. While most people automatically associate the Egyptian language with pictoral hieroglyphics it is less known that the consonantal and phonetic equivalent for these pictoral symbols bears close resemblance to the grammar found in other Semitic languages such as biblical Hebrew.

Furthermore, ancient Jews and Egyptians corresponded regularly in a variety of Semitic languages with the former group sometimes writing in hieroglyphics and demotic and the latter writing in Hebrew. The finding of Semitic inscriptions, particularly hieroglyphics, in addition to the parallels between the American mounds and the Egyptian pyramids is strong evidence that we can make an explicit identification of the mound builder giants as Egyptian or descended from ancient Egypt rather than assuming the traditional ambiguity regarding their point of origin.

In summary, this article has attempted to provide a specific geographical and cultural place of origin for the ancient (giant) builders of the American mounds. This issue has largely been overlooked by mainstream American archaeologists and anthropologists who have argued for ambiguity regarding the mound builders identification and have preferred to accept the view that they were merely “earlier inhabitants” of the continent who later integrated with the Hopewell/Adena peoples. Based on architectural and cultural parallels with Semitic groups in the Near East, I have explicitly identified the mound builders as Egyptian in origin.

If my argument in this article is correct, it would provide an excellent example of the cultural diffusionism that several scholars, from Frank Joseph to Fritz Zimmerman, have argued for in recent decades. In any case, the bulk of the archaeological evidence makes it clear that a diffusionist model for ancient American civilization can no longer be dismissed and that the traditional migrationist view is deeply flawed. It is my hope that this study and others will encourage archaeologists and anthropologists to re-examine the importance of the American mounds for understanding pre-Columbian American history and to finally give the mounds the attention they rightly deserve. 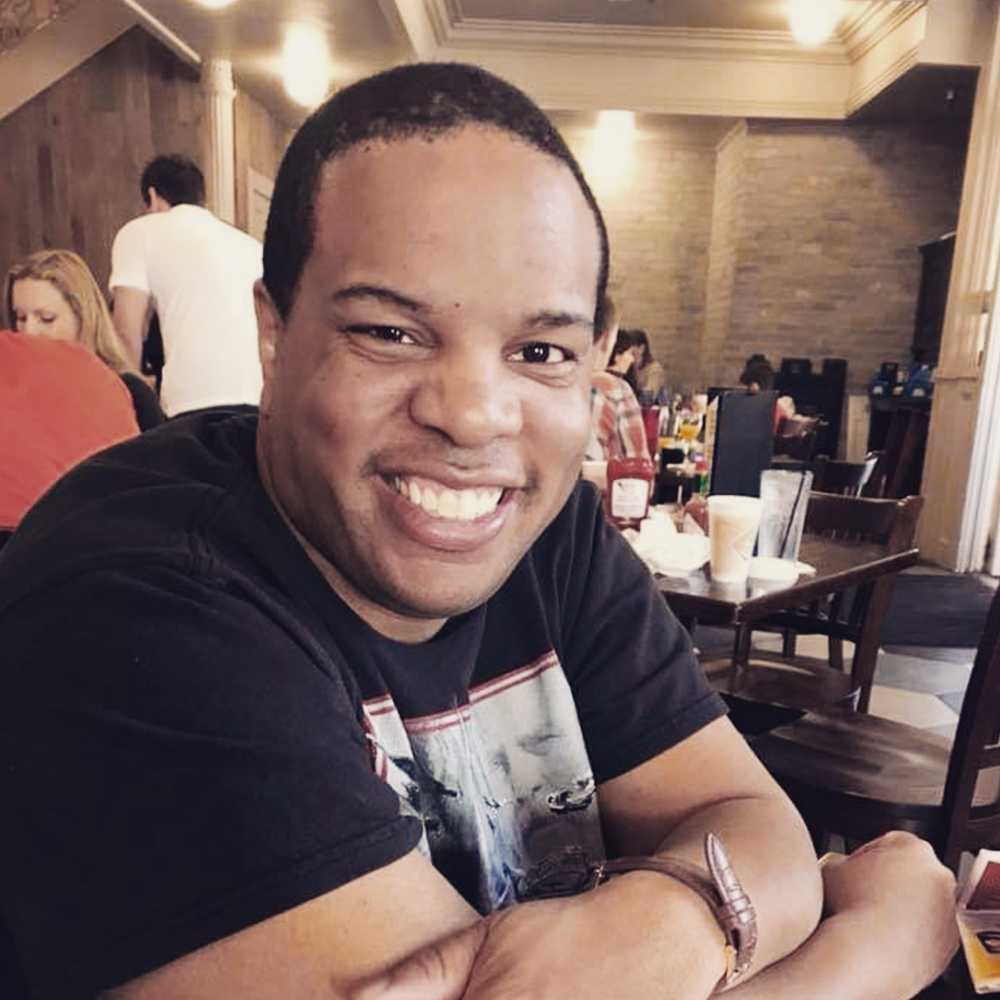 Adam Oliver Stokes is an expert and professor of theology and religion at St. Joseph University. He obtained his B.A. in Religion at Duke University and his Masters of Divinity from Yale Divinity School. He is a regular contributor to Ancient American magazine and his work ranges from ancient American civilizations, the Old Testament and Greco-Roman history, and folklore. 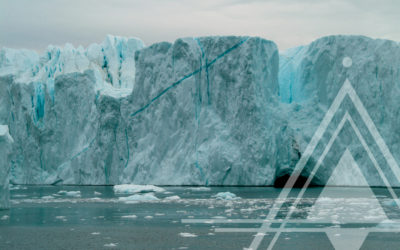